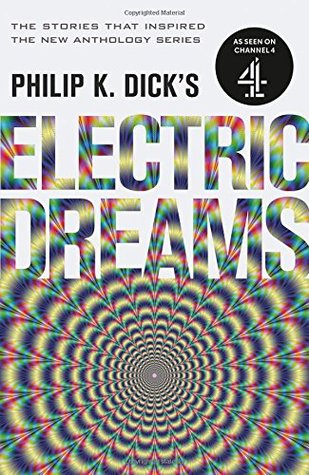 Based on the stories contained in this volume, the ten-part anthology series, Philip K. Dick's Electric Dreams is written and executive produced by Emmy-nominated Ronald D. Moore (Battlestar Galactica, Outlander) and Michael Dinner (Justified, Masters of Sex), with Oscar-nominated Bryan Cranston (Trumbo, Breaking Bad) both executive producing and appearing in the series.Each episode will be a sharp, thrilling standalone drama adapted and contemporised for global audiences by a creative team of British and American writers. The series will both illustrate Philip K. Dick's prophetic vision and celebrate the enduring appeal of the prized Sci-Fi novelist's work. Other guest stars include Janelle Monae, Anna Paquin, Timothy Spall and Benedict Wong.The ten stories included are:THE HANGING STANGER, THE COMMUTER, THE FATHER-THING, EXHIBIT PIECE, IMPOSSIBLE PLANET, SALES PITCH, FOSTER YOU'RE DEAD, THE HOOD MAKER, HOLY QUARREL, IF THERE WERE NO BENNY CEMOLI, AUTOFAC and HUMAN IS

I had been looking forward to this set of short stories for a long while. I had heard amazing things about Phillip K. Dick's work and being a massive fan of all things sci-fi I knew that I should probably read some of his work especially as the TV show of this looked really good! Electric Dreams, therefore, didn't disappoint bringing interesting and unique stories to life that was captivating to read about.

One of the best parts of this collection is the idea that you get notes from the writer/producer of every single episode discuss this before the short story begins. This is really great to see how the story was adapted and what parts were included for a specific reason. This is so special because how many other books is this something that you get to see. It highlights the writing process so this was great to read about especially I as like to write myself.

I started reading these stories in order of the TV show so I could see how the differed throughout which was definitely something that was quite useful to as to see the differences between the two. In some cases, I really did like this idea and how they changed it. For others it was different. The only thing that is not the publisher's fault is that they are not in the order the shows airs them so you do have to find the stories throughout but there is a contents page so this is not too hard.

So although I really enjoyed some stories others just didn't connect with me but I feel like this is something that happens with any short story collections and of course, this means that there is something for everyone. My favourites included The Hood Maker, The Impossible Planet and the Commuter and I really do like these stories but just did not connect with others.

Saying that though, I really did like this story collection and will hopefully read more of Phillip K. Dick's work in the future!

Electric Dreams is a must for sci-fi fans who must dive deep into the mind of Phillip K. Dick which equal parts scary and interesting.