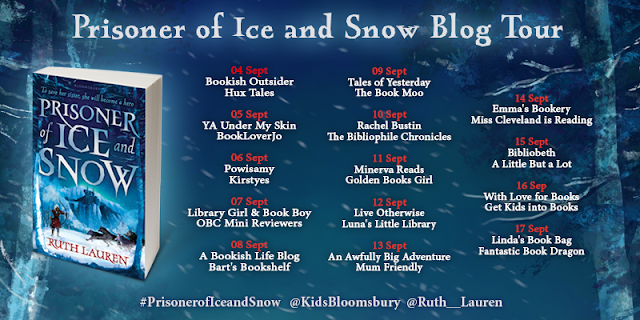 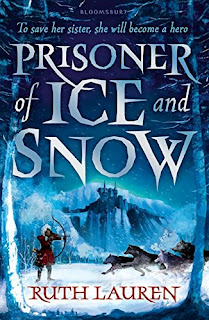 
Valor is under arrest for the attempted murder of the crown prince. Her parents are outcasts from the royal court, her sister is banished for theft of a national treasure, and now Valor has been sentenced to life imprisonment at Demidova, a prison built from stone and ice.
But that's exactly where she wants to be. For her sister was sent there too, and Valor embarks on an epic plan to break her out from the inside.
No one has escaped from Demidova in over three hundred years, and if Valor is to succeed she will need all of her strength, courage and love. If the plan fails, she faces a chilling fate worse than any prison ...
An unforgettable story of sisterhood, valour and rebellion, Prisoner of Ice and Snow will fire you up and melt your heart all at once. Perfect for fans of Katherine Rundell, Piers Torday and Cathryn Constable.


Book Review: When I first heard about Prisoner of Ice and Snow I was definitely intrigued especially as the book has been described as Prison Break meets Six of Crows or Frozen..which is pretty interesting especially as it is labelled as a Middle-Grade book. Prisoner of Ice and Snow does deliver on this promises showing a character driven prison break out book which easily blurs the boundaries of YA and Middle Grade.To be honest, I didn't really have any problems with the book itself but one of the things that did let the book down for me was the format on Netgalley as when I finished the book, the file still told me that still had 2 hours left so I was left disappointed because I thought there was going to be some massive reveal and then it just ended and the things that I wanted to happen just didn't however there is a sequel but when I read the book I was slightly disappointed about this but it is not really the book's fault. This book is also character driven and we are basically thrown straight into the plot of the story as Valor attempts to murder a prince to save her sister. It is therefore really nice to see the book evolve by seeing who she meets and how they ended up being included in the story. The story kept me entertained throughout and I did not know what would happen and was kept in suspense throughout which often made it have a mystery element to it because you don't know why Valor's sister was framed into stealing the music box. Although I did really enjoy the plot and that it did deal with breaking out from a prison, you have to ask how 4 teenagers manage what they do in the book.

I also really enjoyed the characters in the book especially but also the relationships in the book as they often did become more developed throughout and were not what you thought they were. The Verdict:Prisoner of Ice and Snow is a quick and interesting fantasy story that will
capture the imaginations of both YA and MG audiences alike.