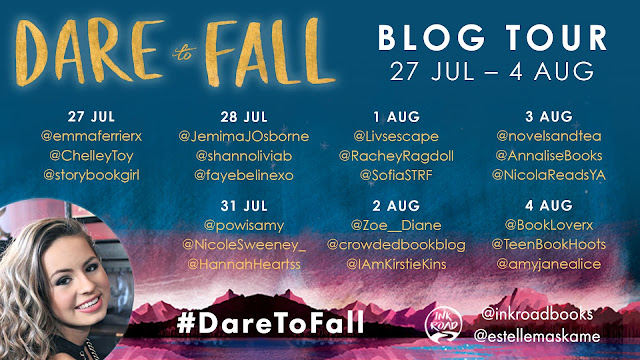 *I have received this book from the Publishers in exchange for an honest review. All thoughts are my own * 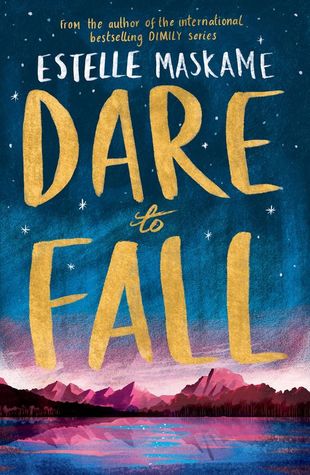 
Death.She was afraid of it.He was used to it.There's not much that MacKenzie Rivers is afraid of. In the small town of Windsor, Colorado, she is known for her easygoing, strong personality, some would even say she isn't afraid of anything. But MacKenzie knows that's not true. She's afraid of losing those closest to her. Recovering from a family tragedy, Kenzie is fully aware of just how big an impact death can have on those it leaves behind. Seeing its effects on other people is something she just can't quite handle. From now on, Kenzie is her own priority.

Too afraid to get wrapped up in Jaden's world as he deals with the tragic death of his parents, Kenzie has stayed away from him as best she can, until one night when they unexpectedly come face-to-face for the first time in months. As old feelings resurface and new memories are made, both MacKenzie and Jaden show each other how to appreciate the little things in life, the moments that are taken for granted. But will MacKenzie dare to fall for the one person she's so afraid of growing close to?


When I first started Dare to Fall, I expected a really nice fluffy contemporary although this is not what I got which is a good thing. Instead, Dare to Fall is a touching YA that deals with issues rarely seen in these books.

Dare to Fall was a book that I really did like especially the characters and how they dealt with the situation at hand. The plot of this book deals with Alcoholism and grief so well and I feel like this definitely made me enjoy the book more as alcoholism especially and addiction is often missing from books but here it is tackled head on. The last part of the book was also a total surprise and I did not see it coming although it did make sense in the end.

The characters in the book were also wonderful and I love seeing the relationship between MacKenzie and  Jaden develop. Although they were good characters, characters such as Will, Holden, and Dani could have been more developed as I found them really interesting.

Dare to Fall is definitely a good read.

Dare to Fall is a well-written YA Contemporary that is much deeper than most contemporary novels.

Have you read Dare to Fall, did you like it?