Top 5 Wednesdays: 5 Characters I wish I can drown

June 24, 2015
It's Wednesday so that means that it’s Top 5 Wednesday. This week’s topic is the top 5 characters I wish I could drown. To find more about Top 5 Wednesday’s you can join the GoodReads group and discover the creator of the group Lainey. So let’s get started…

I do like Tris as a character, it’s just that at some points she can be really annoying, so it’s not that I want to drown her just knock some sense into her. This especially comes in Allegiant when she still tries to save Caleb even though he has been plotting against her the entire series. I get that her ties to her family are strong but some people just aren’t worth saving, in fact, I would probably just drown Caleb to protect Tris.

I studied Frankenstein for my AS course and I did enjoy the book but Frankenstein is just not a likeable character. To me, you are also meant to like the protagonist but I just don’t. He creates the creature and neglects him and wonders why he is evil. Like father like son… 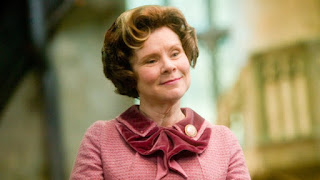 While writing this post, Umbridge can be seen on many of these posts and, mine is not an exception. I am currently writing this wearing a Harry Potter shirt showing my love for the series. She is evil; making Harry write in his own blood as well as having a weird obsession with cats. She also makes everyone’s life at Hogwarts torture. There’s nothing to like about her.

As a villain we are expected to dislike them but Valentine just takes a villain to a whole new level. (Spoilers ahead, if you have not read the City of Glass, stop reading now!) Valentine pretends that Clary and Jace are siblings and in the City of Glass it is revealed that he experiments on both his son and daughter and I believe he also kills a woman while doing so. It is fair to say Valentine has cemented on this list.

Number 1- Sutter Keely from the Spectacular Now by Tim Tharp

Sutter Keely to me is automatically a dislikeable character, he is a senior in high school who has a non-caring attitude and is a borderline alcoholic at 18. It is when he finds Amie that you will think he will change but he just doesn’t. He is the same for the entire novel and I would happily slap him to knock some sense into him because we do not need people like him in this world.

Who would be the characters that you would drown, leave your opinions in the comments below.