May 14, 2020
* I am reviewing this book which I was gifted for free from the publisher in exchange for an honest review. All thoughts are my own. * 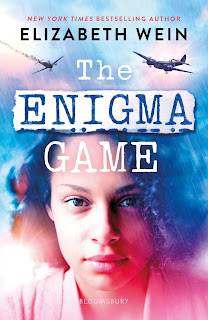 Book Summary:
From the internationally acclaimed bestselling author of Code Name Verity comes a thrilling story of wartime secrets, intrigue and wild courage.Windyedge Airfield, Scotland. World War II.When her mother is killed in the Blitz, and her father's ship goes down, Louisa Adair feels she has lost everything. The country she has called home since her family left Jamaica is not a friendly place for an orphaned girl with brown skin, and she badly needs money and a roof over her head.Finally she finds work looking after an old lady at a pub near an airfield in Scotland. There she meets Ellen, a driver for the RAF, and Jamie, a pilot – two other young people just as exhausted by the toll the war has taken on their loved ones, and just as desperate for a way to fight back.Then the impossible happens. A German defector lands at the airfield carrying a precious package, and Louisa, Jamie and Ellen find themselves hiding a codebreaking machine that could alter the course of the war. But there are powerful people hunting for the machine, and soon Louisa and her friends are playing a deadly game that threatens everything they hold dear.A thrilling story of wartime secrets, international intrigue and wild courage from the award-winning author of Code Name Verity, with three young heroes you’ll never forget.Elizabeth Wein is a church bell ringer, a recreational pilot, and the owner of about a thousand maps. She grew up in England, Jamaica, and Pennsylvania, and has lived in Scotland since 2000, where she learned to fly at the Scottish Aero Club. She is best known for her historical fiction about young women as aviators in World War II, including Code Name Verity (2012), which became a New York Times bestseller and was shortlisted for the Carnegie Medal. Elizabeth holds both American and British citizenship; she is married to games developer Tim Gatland and they have two grown children.
Book Review:
I have always wanted to read an Elizabeth Wein book so when I got a chance to read The Enigma Game I jumped at the chance. The Enigma Game is a great historical fiction novel that tackles topics that are often forgotten in history.As a history student who loves reading about underrepresented groups dealing with race and sexuality, it was really great that this book tackled that and included this. Louisa, the main character, is biracial who has a Jamaican father and is well developed and likeable. While there is racism in the book, it is representative of the time and I think that it was tackled in a great way. Please seek out own voices reviews from this area to see further information.Although a smaller part of the novel, sexuality is also included in the book although again there is some homophobia. Again I think that this was well developed and a great inclusion in the story and it was nice to have this inclusion to the story.It is also clear that Elizabeth Wein did her research which I can always appreciate. The bibliography was also a nice touch as I even recognised some of the historians used.The story focuses on the Enigma Code and a machine, which I found to be really interesting and even though fictional, it was nice to read about something that I didn't know about before. There is also a lot to do with the air force which was a nice inclusion to the story and I really did enjoy Jamie and Ellen who were intertwined in this plot.This is slightly weird but I have read a lot of books recently where a character has a connection to an older person and this is not an exception. I really do think it's something that I enjoy in books and this was no exception. I loved Louisa and Jane and I loved how we saw their relationship develop over the course of the book as well as Jane as a person.I would also love to read more from Elizabeth Wein in the future because these have just given a small taste into the historical world that she has created.
The Verdict:
The Enigma Game was a truly unique historical fiction story that tackles topics that I would love to see more of in YA.
Have you read The Enigma Game? Do you want to? Let me know in the comments below. 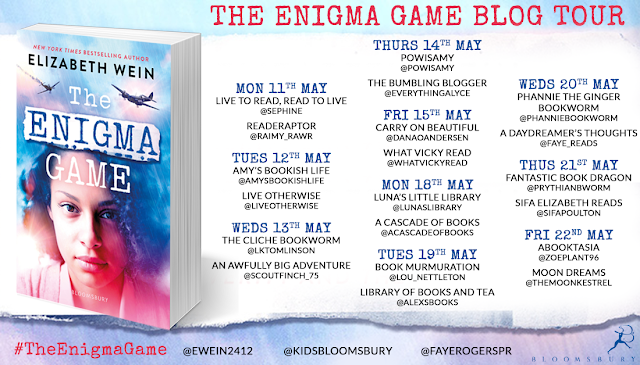