Mini Book Reviews #3: A Quiet Kind of Thunder by Sara Barnard, We Come Apart by Sarah Crossan + Brian Conaghan, Notes on Being Teenage by Rosalind Jana

September 19, 2017
*I have received these books from NetGalley in exchange for an honest review. All thoughts are my own * 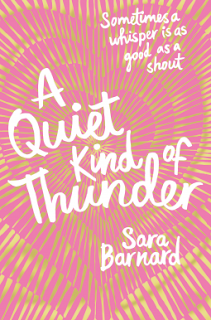 Sara Barnard is an author who is highly praised by many in the UKYA community so when everyone was raving about her books, I was really excited to read one of her books but I was a little bit disappointed with this one but I would love to read more of her books in the future.

I can't really put my finger on why I disliked this book but I guess that maybe it was partly to do with the hype around her as an author that I was a little disappointed by this but it could also be the drama that happens in the book. It did just feel like Steffi and Rhys had so much drama in the story that I just kind of wanted them to be happy and it did just seem really petty at times.

I did, however, love Steffi and Rhys as character and especially do love that the way that book is really diverse so featuring Steffi's anxiety and muteness and Rhys's deafness as this is not something that I tend to read so this was really good for me and make up for the other aspects that I didn't really like.

A Quiet Kind of Thunder is an enjoyable YA that has diverse characters that I am sure more people will love it was just not for me.

We Come Apart was the first book that I finished this year and I started it on a whim thinking that I could just start it that night and finish it in the morning. This was a very made mistake as I was captivated by this book and stayed up way later than I should.

We Come Apart follows two teenagers in this verse novel with one narrative told by the respected authors. It wasn't something that I knew much about when I first started and was surprised by the narratives of both characters and their journeys throughout the book with the ending being a big surprise.

Both Crossan and Conaghan capture characters whose voices need to be heard and make you care about them through their trials and tribulations. This makes it an enjoyable and captivating novel. The Verdict:

We Come Apart is an interesting and captivating novel that will leave impressions on you, which will leave you thinking about it months after you first read it. 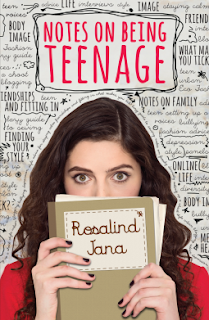 One of the reasons why I picked this books up is because I really interested in Rosalind Jana as a person, following her twitter and wanted to see what insight could be given from the book as I really enjoyed Carrie Hope Fletcher's All I Know Now which I really found interested and the same happened with Notes on Being Teenage. Notes on Being Teenage is an insightful book that can be read by anyone of any age as anyone could learn from Jana's wisdom.

Rosalind uses the book to share her experiences especially of her family's mental health and the modelling industry that she has been in and I felt that these were special to read about and were really interesting reads which I learn from and were quite personal to share but they could really help people who need them.

Overall, Notes of Being Teenages is a special book that contains so many insightful pieces of informations that teenagers should read and learn about and I would love to read more from Rosalind Jana in the future.

Rosalind Jana's Notes on Being Teenage is a highly useful book that should be read by teenagers everywhere.
Have you read any of the books mentioned? Did you like them?
See you soon,